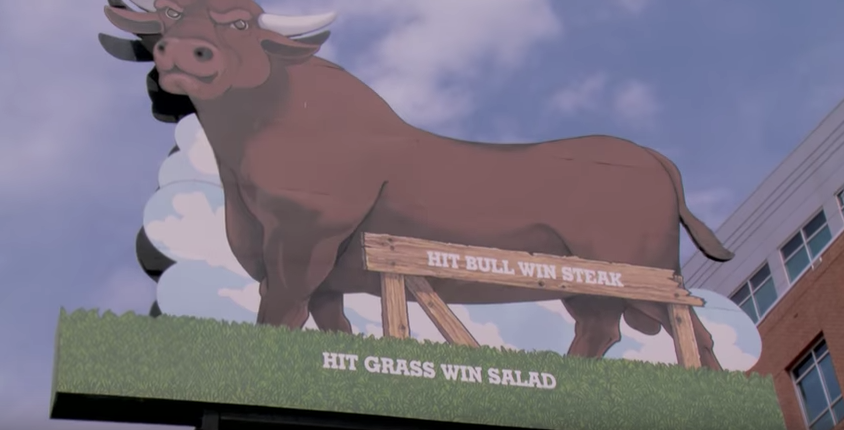 Notre Dame dugout meeting after giving up a 17-run inning.
Not sure if you go with "let's get 'em back" or "let's not give up 17 next time" #ACCBase pic.twitter.com/2hZN0UtDXA

That included 4 home runs. And one of those was a blast by Chris Williams that bumped the bull in left field at the DBAP.

Hit the bull, get a steak … right @DurhamBulls?

Chris Williams with a 3️⃣-run homer and @ClemsonBaseball has set an @ACCBaseball record with an EPIC inning in Durham. pic.twitter.com/bxB2i3VpHL

Two years ago at the ACC Baseball Tournament at the Durham Bulls Athletic Park, Virginia’s Daniel Pinero (now a minor leaguer in the Tiger system) accomplished the same feat.

Now, anyone who has been to a Bulls game knows the long-standing rule: “Hit Bull, Win Steak”

If you hit a home run of off the bull, not only does it wag its tail, flash its eyes and snort smoke: the bull-bashing batter really does get a free steak dinner, as we discussed with the team a few years back.

But, of course, the NCAA would never allow something cool and harmless like an NCAA player getting a steak dinner as part of a long-standing quirky ballpark tradition. So, no steak for Pinero two years ago, and no steak for Chris Williams this year.

BUT, we aren’t about to let the NCAA stand in the way of us having some fun….or at least doing some good. So, just as we did 2 years ago we made a donation to the Food Bank of Central and Eastern North Carolina in honor of Chris Williams, in the amount of roughly one steak dinner (ok, maybe a steak dinner with no alcohol).

And just as we did 2 years ago, we’ll send a message through anyone who can deliver it: Hey Chris, we’ll buy you a steak dinner in Raleigh at your convenience. Have your people contact our people and we’ll get it done. 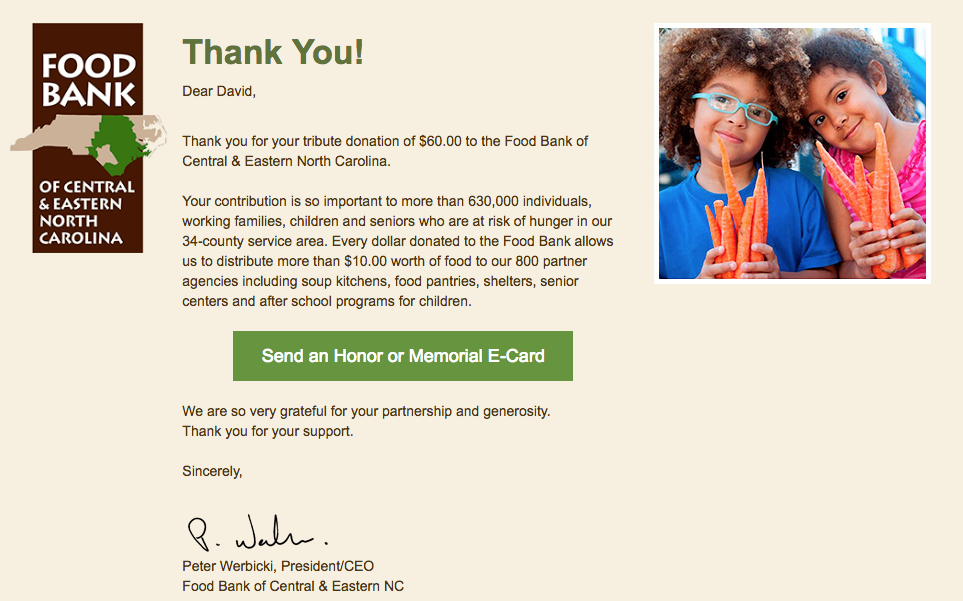 Thanks to Chris Williams for the entertaining home run, thanks to the Durham Bulls for having cool traditions, thanks to the Food Bank of Central and Eastern NC for all the good you do, and thanks for nothing, NCAA.

We encourage you to do the same and donate, because there are hungry people who need help, and home runs hit off the Durham Bull will always be awesome.