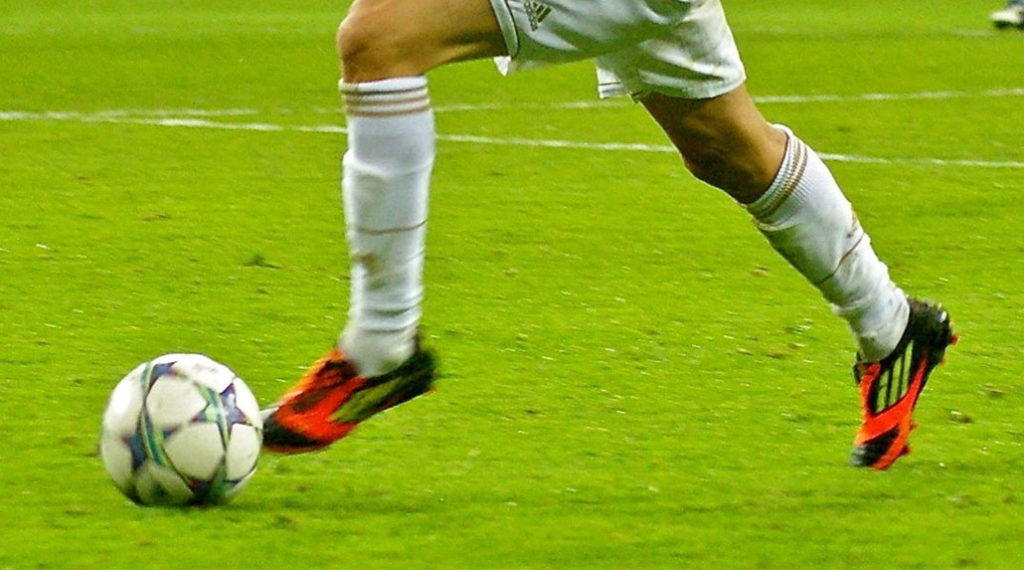 I coached women’s soccer for a long time, and one thing that consistently amazed me about the teams that I coached was the collective commitment to share any sort of spotlight. Most would call this a positive. A sense of selflessness that’s celebrated when we talk about traits like leadership and collaboration and teamwork. But under the surface, it’s a much darker picture that’s rooted in some pretty heavy cultural stuff where girls are almost afraid to stand out because they’re conditioned to strive to just simply fit in.

I remember three things from pop culture, one highly-pointed and two likely far less intentional statements, that speak to this submissive instinct. First, the Kurt Vonnegut short story Harrison Bergeron about a utopian society where all people are equal by virtue of federally imposed handicaps such as weights for those who are faster than others, masks for those who are more attractive, and radio-induced distractions for those who are smarter. This is the obvious statement against the feeling that we should all strive to fit in if our society is to be perfect.

The second is the possibly intentional Arya Stark story line on HBO’s Game of Thrones (sorry book nerds, ain’t nobody got time for that) where a young girl who systematically witnesses horrible things happen to her family is trained to be an assassin by the “Faceless Men” who carry out their murders by swearing off all identity (literally being called “no one” is the greatest of compliments) and using disguises to kill their targets undetected. In the season finale, her defining moment is (sorry show nerds, keep up with the show if you don’t want spoilers) when she rips off her mask and says “My name is Arya Stark, and I want you to know that” before offing the guy responsible for the death of her mother and brother. A pretty cool display of a girl overcoming a desire to be “no one”, which becomes less of a cool thing to maybe share with your daughters or younger sisters because she slits the guy’s throat right after it. Alas …

These are two of my favorite pieces of fiction, and I really do think part of that is because of how much it spoke to what I observed and fought against every day coaching female athletes. The third example is one that infuriates me to this day, and if you’ve been around me for any extended period of time, you’ve probably heard me rail on the “99ers”, or the generation of the US Women’s National team who gained so much exposure for being unquestionably the best team in the world, but ultimately sabotaged the program because of their cliquish “have to fall in line” reinforcement of what we unfortunately teach our girls. You may remember these TV spots, which were meant to show a shining example of unity …

Fast forward to four years later, the entire program was rocked when the coach comically decided to play Briana Scurry, the goalkeeper from the 1999 World Cup team, over Hope Solo, the much better goalkeeper who had carried the team through the 2003 tournament. Solo stood up for herself and was unafraid to stake her claim as the number one goalkeeper, and the backlash for a female athlete daring to compare herself favorably to a teammate was considerable both within the team and throughout the American public. While a male athlete would have been applauded for his “will to win” and “competitive fire”, Solo was a bad teammate. And that’s the type of reinforcement that females see on a daily basis, both inside and outside of sports.

What always impressed me about Pat Summitt is how she was able to be successfully unapologetic for being THE absolute best while also being respected as a leader and a pioneer who looked out for the greater good. I’d like to be able to point out the how and why of it, but the most important lesson from Summitt is that it can be done, and female athletes, coaches, and leaders in all walks of life have the freedom to go out and find their own way of accomplishing that feat. I used her as an example many times with my star players while trying to get them to accept the responsibility of being a star player, and if there’s one thing I’ll always carry with me from Pat Summitt, it’s that girls should be allowed and encouraged to compete to be the best.