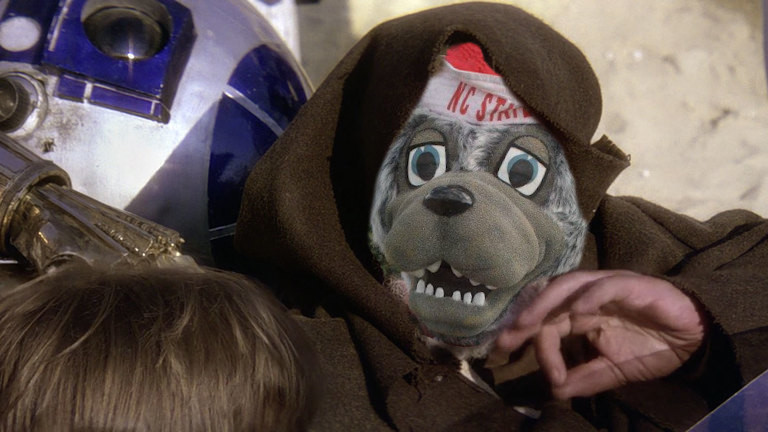 Wolfpack not the Droids Jacksonville looking for, winning 116-64.

Jacksonville is easily one of the worst teams in the country.

The 116 points tonight is a PNC Arena scoring record. The 19 3-point field goals are an NC State record. NC State’s offense was ridiculous, scoring 60 points in the first half. That’s to be expected against one of the worst defensive teams in the nation. Additionally, State scored 28 points off 19 turnovers.

What people should be talking about?

You can’t use this game as an indicator of anything. Jacksonville is atrocious and large portions of the second half and the end of the first half, State was in pickup mode. One possible positive to take away was Al Freeman finally seeing shots go in the basket. He’d been pressing significantly per Keatts as the team closed out their out of conference slate. If he can carry over his shooting tonight (7-11 3FG) into ACC play, State could find themselves competitive more often than not.

NC State heads to Clemson on 12/30 to open up their conference slate. KenPom likes the Tigers by 12. Clemson might actually be good this year, finally having a competent offense to go along with their Top 25 defense. It’ll be a tough task for this Pack team in Littlejohn.

Shaun Kirk coming in. This is what we came for.

It was Star Wars night at PNC Arena, but we had a little controversy at halftime:

Really important halftime convo with @WXMoose: Is the guy on the court wearing a “real” Star Wars helmet or something from Space Balls?

It was Star Wars. Crisis averted.