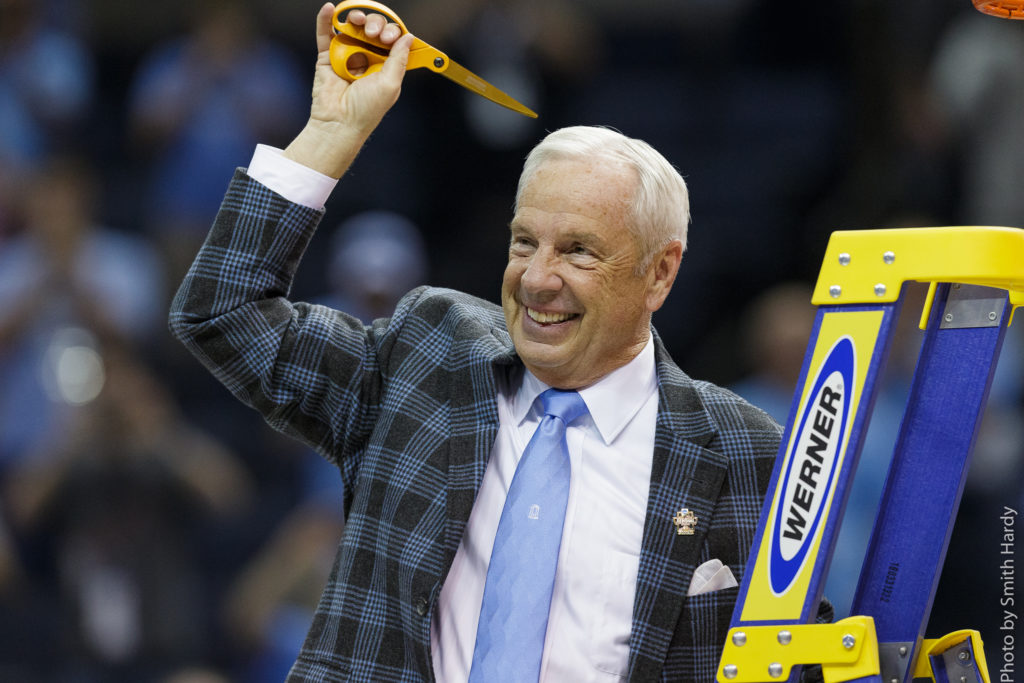 What a year we just had. Maybe not the best basketball we’ve ever seen, but the great thing about sports is that the action is only part of the story. Ultimately, a season is a collection of moments that combine to shape our memories, and the good entirely consumes the bad. That’s a good thing, because the bad from 2017 … well, it was really bad.

Mark Gottfried had arguably his most talented roster ever at NC State, and they just couldn’t get things together. Maybe the pieces just didn’t fit. Maybe there was some jealousy about the spotlight Dennis Smith, Jr. received. And it’s possible DSJ was out there building an NBA draft highlight package at the expense of his team. I don’t believe any of that, but it’s really difficult to pinpoint what went wrong so quickly. I hate to see anyone lose their job, especially someone like Gottfried who brought us so much entertainment during his time in Raleigh, but hopefully he was the root of the issue. It wasn’t fun at all to see the team quit down the stretch, but it’s hard to blame anyone when you look at how his firing, and the subsequent decision to keep him on the sidelines, played out.

We never got to see the real Harry Giles. It was difficult watching such a freakish talent being a shell of himself because his body failed him. Jayson Tatum hit his stride late and become one of the best players in college basketball, but his growth and maturity was delayed by injury as well. Marques Bolden was in the same boat … written into the starting lineup coming out of pre-season and then sidelined by an injury that he never really mentally and physically recovered from. In short, we never got to see Duke this year. While that’s certainly frustrating, the real low point of 2017 was the circus surrounding Grayson Allen.

The basketball public has lost the ability to form a fair opinion of Allen so this will certainly fall on deaf ears, but no one deserves the treatment he received by the media. It’s not surprising that a college kid reacts poorly to being dubbed the most hated player in college basketball because he wears the same jersey and has the same skin tone as Christian Laettner and JJ Redick. In a world where players like Joe Mixon and athletes from Baylor and Kansas are admired for “playing through adversity”, the problem clearly lies within us. It’s safe and comfortable to hate a white kid who crosses the line on a basketball court, but it’s uncomfortable to discuss the actions of athletes away from the court where actual lives of actual victims are impacted forever. When Linda Cohn asks a high school athlete “What would you do if Grayson Allen tried to trip you?”, they’re going for a cheap laugh at the expense of a kid who became a tremendous vehicle for ESPN because of the emotions they stir within their viewers. What if she asked a high school football player “Would you let your sister spend the weekend with you at Baylor?” Uncomfortable to imagine, right? Good. That’s the point.

While “too much attention” was the problem in the case of Grayson Allen, it was a case of “too little attention” being paid to John Collins that disappointed me the most about Wake Forest’s season. Hands down, Collins had one of the best years in basketball, but was reduced to being named one of the best players you’ve never heard of heading into the NCAA Tournament. And speaking of the NCAA Tournament, it was disappointing for Wake to be placed in the First Four. It may have been a just seed, and I’m not sure who I’d put there in their place, but the season that Danny Manning put together deserved a bigger spotlight than a Tuesday night in Dayton.

The low point for North Carolina, albeit one I’m sure Tar Heel fans aren’t paying much attention to this morning, was the predictable rehash of the academic scandal from the national media this past week. Even moments after winning, national writers took the opportunity to throw jabs at the NCAA with cries of “cheaters do win”, but Kennedy Meeks never took fake classes. Justin Jackson didn’t turn in papers written for him by tutors. Be critical of North Carolina and be critical of the NCAA. Both deserve all of it. But this group of players? They deserve better than to have their moment hijacked by recycled stories from 2014 for some extra page views.

Only one ACC team in the Sweet 16 was also a huge bummer. But enough of the bad. This WAS a great year with great moments.

Wake Forest didn’t just win road games, they won big road games. The win at Virginia Tech to end the season is likely what put the Deacs into the NCAA Tournament for the first time in seemingly forever. And at home, fans came back to the Joel. What used to be one of the best home court advantages in the ACC has become somewhat of a library through the course of the Jeff Bzdelik era, but students are starting to come back and make their presence known.

Sometimes that can backfire a bit, however, just like it did against Duke when the Deacs looked ready to effectively end the year for the Blue Devils. In front of one of the meanest, nastiest crowds at Wake since Chris Paul was running point, Luke Kennard heard enough and exploded in the second half, including the game winner after running off of a screen set by Harry Giles, who may be the most hated man on campus in Winston-Salem.

UNC had not one, but two games postponed. The first due to frozen water, and the second due to no water at all. And they played two of their best games of the season in what probably should have been an indication that not much was going to throw off this Tar Heel team.

Jeff Capel, Sr. spent a game on Duke’s bench, sitting beside his son. It was a touching moment regardless for THE college basketball family in North Carolina, but even more so after Jeff, Jr. opened up about his father’s ALS diagnosis.

I’m not even sure where to begin about Brooklyn. Seeing the faces of a group of Wake Forest players walking around Manhattan looking up at the buildings. Seeing Duke make history by winning four games in four days. Genuinely everything that happened outside of Barclays that week. All of it was perfection.

There was Luke freaking Maye against Kentucky. And Kennedy freaking Meeks against Oregon. And Isiah freaking Hicks at the end of the game against Gonzaga. Justin Jackson carried the Heels through the ACC season, and Joel Berry continued to be the engine that makes UNC go, but it takes role players to step up and win big games. Meeks and Hicks should have been stars all along, and Maye should probably be starting at Davidson. Yet they’re all heroes. And National Champions because of it. How special is that?

NCAA champions take different paths from year to year. Sometimes it’s a team that’s head and shoulders better than everyone else, like 2001 Duke and 2005/2009 UNC. Sometimes it’s a team we counted out, but probably shouldn’t have, like a 2015 Duke team or a 1993 UNC team. Sometimes it’s a team that beats the odds and surprises everyone, like the ’83 Cardiac Pack through nearly every round, or the ’91 Blue Devils who shocked the world in the semifinals. Sometimes teams simply take advantage of a series of fortunate events, whether it’s a bracket opening up like it did for Duke in 2010, or some favorable breaks like this UNC team got in key moments in three out of their six wins. But one thing all champions have in common … how they got there doesn’t matter. They’re all champions. Equally.

The 1982 Tar Heels had Michael Jordan, James Worthy and Sam Perkins. The 2017 Tar Heels have Joel Berry, Justin Jackson and Kennedy Meeks. Three hall of famers. An NBA rotation player and two guys who will likely bounce between the D-League and the end of a bench. And they all have championship rings that will never be taken from them. As time moves on, the 2017 Tar Heels will show up on some “ranking the NCAA champions” slide show, and they likely won’t fare very well. Over the next 24 hours, gifs of Collins’ 4th and 5th fouls will make their way around the internet along side still photos of Meeks’ hand over the baseline. Accomplishments become debates. That’s what we do now. But don’t let the bad creep in. None of it matters.

Remember, a season is collection of moments, not a collection of statistics or talking points. Those moments form our memories, and we all have the choice to focus on the moments that yield positive memories. I will certainly remember you fondly, 2017 College Basketball Season. Thank you for the moments. I’ll see you next year.