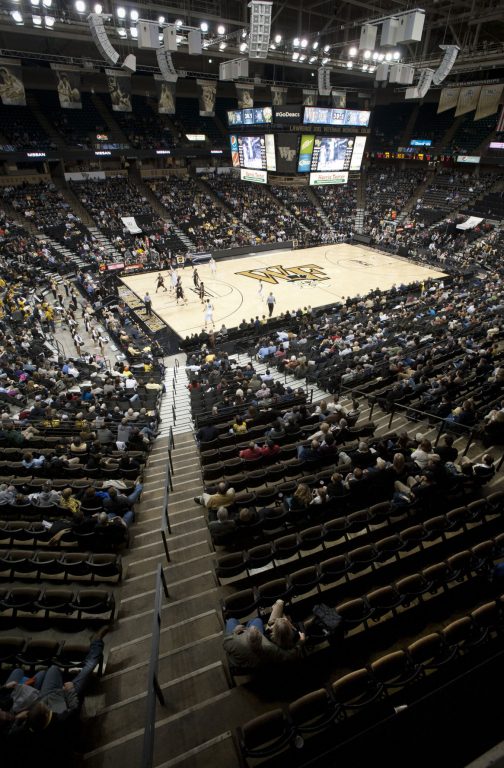 Right? Who the hell would even think to put that out there to set themselves up for the ridicule of hiring fans to improve the experience? As a Liverpool fan, my immediate thought was that my team would NEVER have to pay people to turn Anfield into a special place on UCL nights. It’s further proof that my team is better than yours. So again … LOL.

Then again, I also live a few miles from Wallace Wade Stadium. And I was a regular attendee of Hurricanes games before the playoff run re-energized the fanbase. And I’ve been to non-Duke and non-UNC games in a sleepy Lawrence Joel. So I’ve seen plenty of sporting events where the experience was dulled by sparse crowds or quiet fans, and it’s not always because teams are bad or dull.

The reasons not to attend a game have been beaten to death. Tickets are expensive. I can easily catch the game at home in my own chair with my own food and drink and I’m not feeling like I’m missing anything. But I’ve also been to games where the experience of being there is irreplaceable. My ears still hurt from playoff hockey in PNC. I still get chills when I think about Duke/Carolina in Cameron. While paying for live sports is kind of played out, paying for the rush of being in the middle of a packed arena with fans living and dying with the action in front of them is something I never have any hesitance in deciding to do.

So maybe it’s not a bad idea. Maybe it’s a genius idea, especially for college sports where programs gain so much from having fans in the seats and engaged in the action. Recruits love it. TV audiences love it. Concessions vendors love it. Schools have shown a desire to spend money on everyone other than the players, so maybe instead of building a spaceship-inspired player’s lounge, throw some money at influential fans who will weaponize social media to make your games seem like can’t-miss social events.

What’s going to be more appreciated by your current players and prospective players … a sleep chamber they’ll never have time to use, or a packed stadium full of fans who wouldn’t be caught dead doing anything other than cheering them on? Other than directly giving them a piece of the revenue they generate, because again, schools would rather burn cash to break even than admit they could pay players. So pay fans. Pay regular students.

You can’t tell me the student section at Wallace Wade wouldn’t be packed if Duke picked 1000 students to get a $100 bill for walking through the gate and staying through the end of the game, posting to their stories about all of the fun they have on Duke game days. Lawrence Joel would be jumping if they paid a thousand locals to share pictures on Facebook so their families and friends could see all of the fun they’re missing by not supporting Wake basketball.

But oh my God, Ben, that’s $100K. Each game! How could they ever afford that? Well, it’s not for athletes so that money isn’t going to spend itself. They might have to cut back on a couple of 4K video screens in player’s lockers, but again, which would be better for the program?

So let’s make this happen, college athletics. Let’s throw some money at this attendance crisis and get it solved. Pay influencers to turn your overpriced, overvalued games into the can’t-miss event of the weekend and your stadiums will be filled in no time, making you flush with more cash that you “can’t” pay to your players.