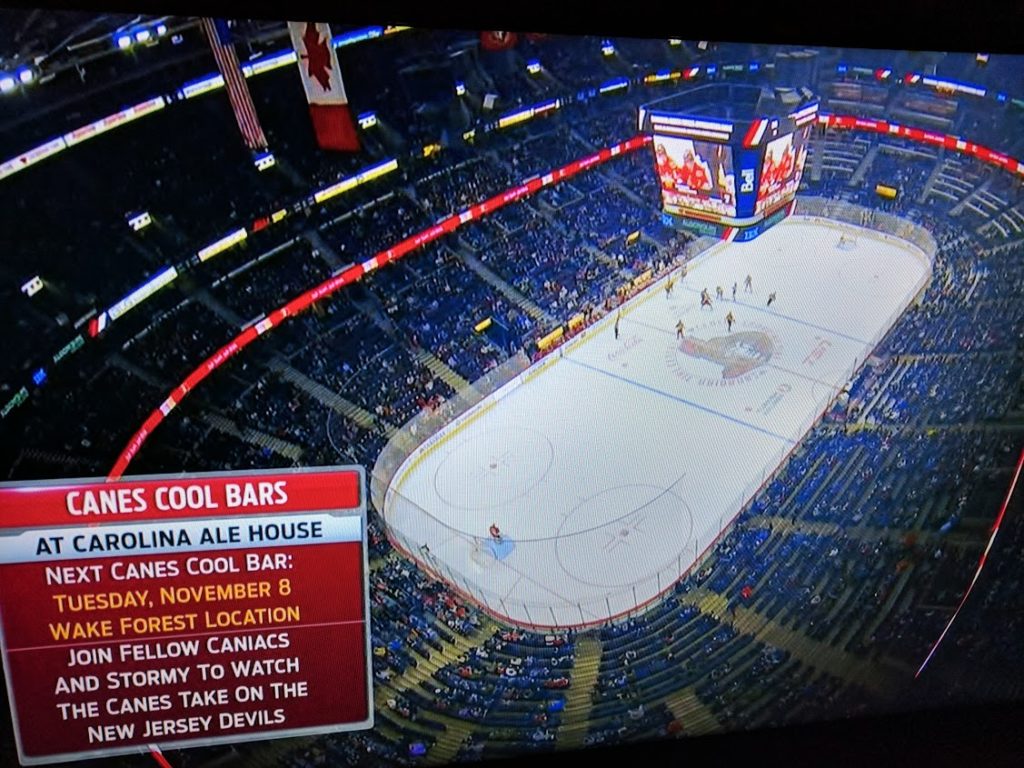 Where else but North Carolina would you find hockey announcers talking college hoops? The Hurricanes broadcast team of Tripp Tracy and John Forslund began a dialogue after a contest winner had the last name ‘Pitino’–a name Tracy rightly recognized as not being from one of the NC schools.

In Tripp Tracy’s defense, Pitino DID coach at Kentucky. But how about John Forslund swooping in and getting his college hoops facts right? Is Forslund not the best?

You know it's almost college hoops season when it comes up on the @NHLCanes broadcast. Look at @JohnForslund with the CBB knowledge! #heyhey pic.twitter.com/XAY4RFYpIh