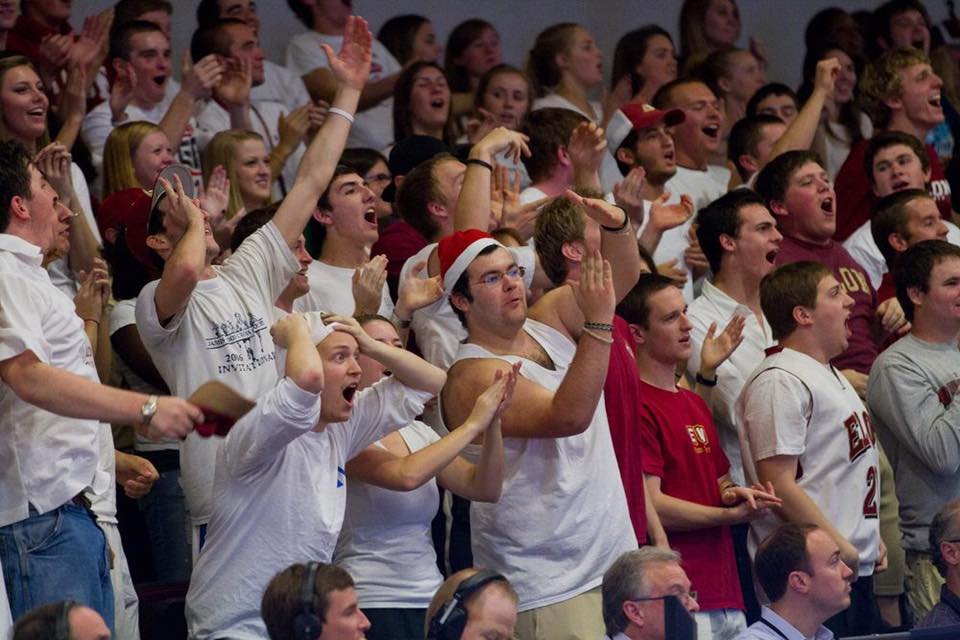 This post comes from regular SC8 contributor and Elon super-fan Max Gongaware, who will once again be in the house tonight to cover the Elon-Duke rivalry. As a game involving two in-state teams, we root for neither–but we have no issues stating that if Elon ever does pull out a big win against the Blue Devils, we hope Max will be on hand to see it.

Let me be clear—I didn’t choose to attend Elon University because of its athletic prowess. Sure, we now live in a world where “mid-majors” are granted certain unalienable rights: the right to make the NCAA Tournament with an at-large bid from time to time; the right to make a surprise trip to the Sweet 16, Elite 8, or even the Final 4; the right to go play in the Big East after all the good teams join the ACC.

But that’s not Elon. Not yet, anyway.

I attended Elon from 2008-2012. Here’s a complete list of Elon’s athletic accomplishments during my time there:

And that’s it. As I said, I knew what I was signing up for when I decided to attend Elon. I knew I could expect a pretty campus, a few new friends from Maryland and Massachusetts, and eventually a degree from a solid School of Communications. Any wins I got to see were icing on the cake.

To be an avid sports at a school like Elon University, you have to have a sense of humor. I learned to see the humor in screaming as loud as I could while the opponent shot free throws in a mostly empty arena (I also learned to see the humor in calling Elon’s Alumni Gym an “arena”). I learned that when you’re at lightly attended sporting events, it’s important to be clever with your heckling. At big arenas, folks can get away with being profane and unoriginal because nobody can really hear them anyway. At Elon, you start yelling cuss words and EVERYBODY hears you. It gets uncomfortable. But if you yell something clever, you might even win the opposing fans over, or at least get a chuckle out of them. Ultimately, having a sense of humor at Elon allows you to attend and enjoy the sporting events without having to worry so much about the final outcomes. This outlook works just as well against UNC-Greensboro as it does against Duke.

In December of 2010, Elon and Duke played a game at Cameron Indoor Stadium. I used a friend of a friend’s Duke Student ID to get into the game. Once inside, I took off my navy blue jacket to reveal an Elon maroon and gold outfit. I had infiltrated the Cameron Crazies! How you 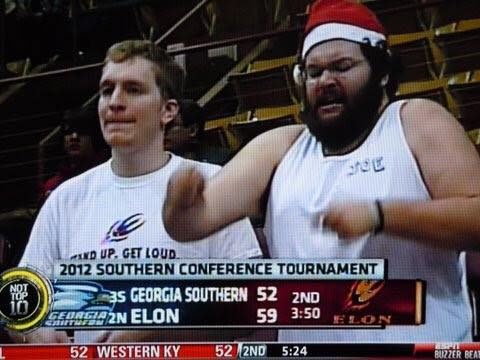 like me now, Crazy Towel Guy?! I vividly remember Nolan Smith glaring at me as one of his teammates shot free throws. The rest of the building was silent and I was standing in the middle of the Crazies, yelling the digits of pi as loud as I could. Elon was down by about 23 points at the time. As I said, you’ve got have a sense of humor to be an avid Elon sports fan (I thought it was HILARIOUS, a handful of others chuckled, while Nolan Smith glared—you win some, you lose some).

Since 2010, I haven’t missed an Elon game at Cameron Indoor Stadium. It works a little bit differently these days. I’m no longer stealing student IDs to infiltrate the crazies. Instead, I’ve clung on to the coattails of the SC8 staff and they let me borrow their media credentials so that I may attend these otherwise unimportant games. I’ve abandoned the yelling in an otherwise silent arena. Instead, I make bad jokes on twitter.

The end game is still the same: I’m an Elon Basketball fan. I have hope for the future of Elon Basketball. I’m waiting for that one win that might propel Elon into being one of those mid-majors that actually makes some noise one day. Maybe it’ll be tonight against Duke in the Greensboro Coliseum. But probably not. Either way, at least we’re having fun.

See y’all out there tonight!