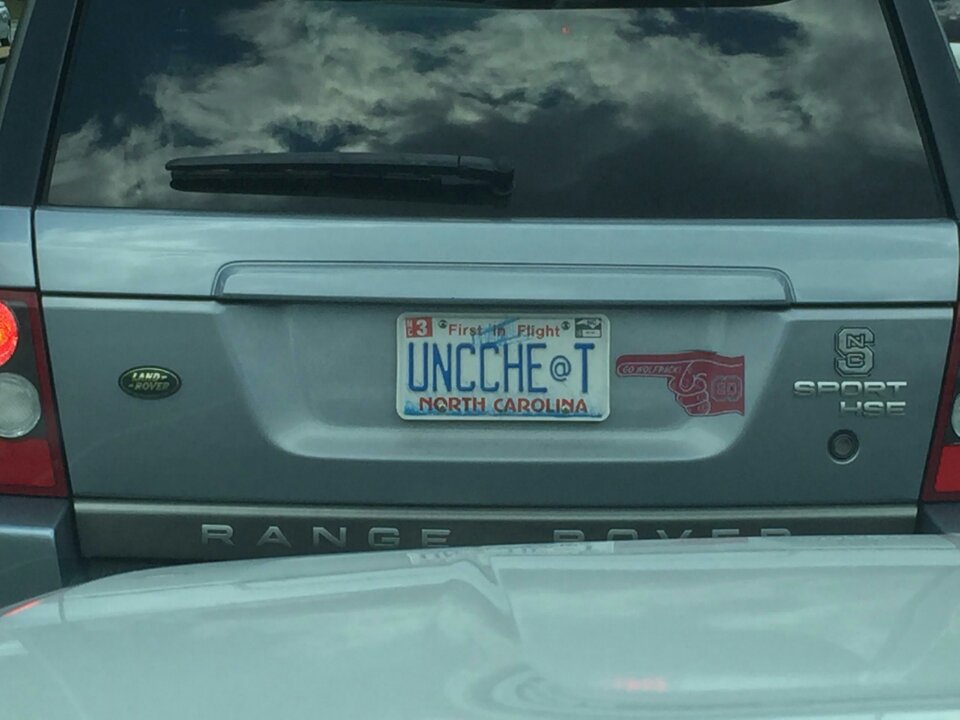 Now that it’s crystal clear that the NCAA has no power to intervene in North Carolina’s academic failures, calls for UNC to “do the right thing” by pulling down banners or hamstringing their own athletic programs will surely start to roll in. Just this morning, the News and Observer threw out the most recent call for UNC to fill the punishment gaps left by the NCAA and the accrediting body that also determined these problems to be out of scope. While this nuanced ending robs us all of the tidy closure, one way or another, that we all deserved after sitting through years of this mess, truly nothing is owed to anyone in UNC’s NCAA Response.

Perhaps we were spoiled during the Duke lacrosse scandal, another messy local sports saga that fully consumed the entire state of North Carolina. A story destined for an eternity of debate was squashed when the word “innocent” was handed down in a court of law, providing the punctuation that this UNC scandal will never receive. The University of North Carolina committed academic fraud to maintain eligibility for a population of athletes, which certainly sounds terrible, but which rules were broken? The NCAA’s? The NCAA is responsible for setting up the system where athletes are required to remain eligible, not educated. UNC accomplished that. SACS’ rules? Nope, this was an athletic issue that (rightfully) shouldn’t impact thousands of other students and millions of alumni.

This was the itch that resides just out of reach, no matter how you contort your arms to scratch it. It could be called the perfect crime, only that would require actual rules to be broken, and would also give way too much credit to UNC who: 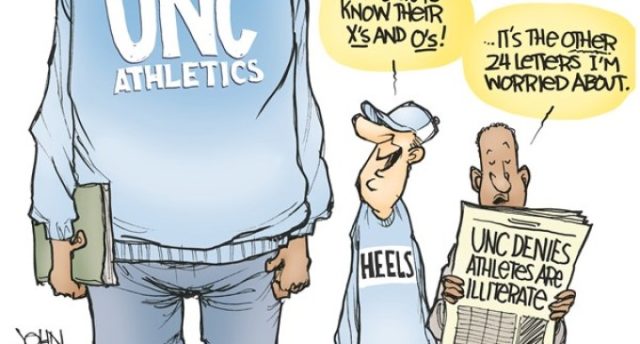 The only forms of punishment that UNC will ever face will be the endless jokes, the negative recruiting, and the eternal side-eye for every mention of an athlete’s accomplishments in the classroom. Yeah, none of that is fair. But the absence of fairness is by far UNC’s best friend in this story. To quote Denzel Washington in Training Day, it’s not what you know, it’s what you can prove. To quote myself, cry about it.

Let’s all just be happy that this scandal is over and look forward to the day when someone makes a well-made documentary about it.

The most dangerous crime in college sports right now is culture, and thank God that UNC’s vice was contained to academic fraud. It’s arguably victimless, and even if you do make the case for the athletes being victims by not receiving the education they were promised, that can easily be rectified. It’s simply not that bad. But culture turns ugly very quickly.

Eventually, the NCAA, or some form of a governing body over college athletics, will need to find to way to police culture. It tried and failed with Penn State in a case where the university continues to value its football program and its history over the lives of children who suffered horrendous, systematic abuse. It’s happening again at Baylor where the school threatened assault victims, both confirmed and alleged, to protect their football program.

The NCAA has no jurisdiction over academics, or sexual abuse, or rape, nor should it. The mission of the NCAA is to protect fair competition, and to protect the academic experience for student-athletes. At some point, it has to be someone’s mission to protect everyone else from the culture of college sports. Let’s hope the just end to the UNC scandal doesn’t make for an unjust end to Baylor’s problems.