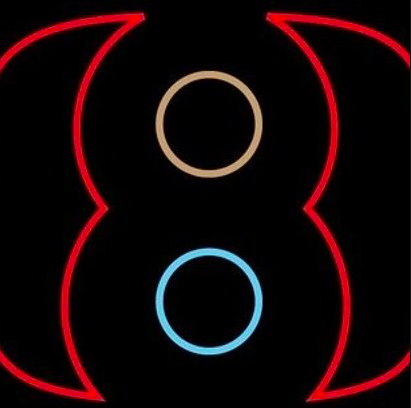 The best thing about this question is that it has nothing to do with how we got here or what our long term plans are. When we’re asked “What is SportsChannel8”, it roughly translates to “so who do you guys cheer for?” because all media outlets HAVE to be biased, right? Readers, viewers and listeners get so distracted by looking for hints of bias in the media that the message behind the content is often missed. We’ve received quite a bit of feedback over the past two weeks that we’ve turned into a bunch of UNC homers. From photoshops to songs to heartfelt recaps, yeah we’ve been operating with a tremendous Tar Heel slant over the past two weeks. But you know what? We’ll do the same when Duke goes on another championship run. Or for State. Or Wake. Or Central. Or even ECU, although Pirates fans have really enjoyed our UNC coverage. The point is we’re here for all NC teams, and we know that’s confusing. That’s fine. Don’t change. Rivalries make NC sports great and we’d never want to lose that. If you call us a “bunch of homers for [insert NC team here]”, you’re right. Sometimes you’ll agree, and sometimes you’ll disagree. But we always hope you enjoy yourself while you’re here.

We posted a tweet today that drew a strong reaction from a lot of our favorite people.

Two shots of Dean Smith looking over his UNC legacy that all fans can appreciate. pic.twitter.com/PQqKhVnll4

We’re not here to apologize for it, and we’re not taking it down. But we do want to explain.

SportsChannel8 is committed to providing you with thoughtful, compelling analysis and commentary, and we’re also committed to delivering those messages in the most creative ways possible. In this case, we found a picture virally circulating around social media of a photoshopped Dean Smith “angel/saint” type figure watching over UNC basketball, presumably from heaven. If that’s how a population of UNC basketball fans choose to celebrate the program’s 6th national championship, that’s great. If there are fans who need there to be some sense of beyond-the-pearly-gates approval of Roy Williams surpassing Dean Smith’s 2 national championships, that’s fine too. Our particular commentary is that it’s a ridiculous way to view sports, and a laughable method of remembering Dean Smith, a man who deserves every ounce of respect and admiration he still receives.

We could have written 10,000 words on that opinion, or we could have streamed a 30 minute debate on the ridiculousness of canonizing our sports figures. My guess is that UNC fans wouldn’t be at all interested in hearing the debate or reading the editorial, and anti-UNC “haters” would have agreed with us JUST because it was a negative reaction to something a UNC fan published. That’s not how we roll, either. Instead, we photoshopped Saint Dean to have him overlook the AFAM department at the center of the UNC academic scandal, and posted it along side the original. Why? Because explaining away Coach Smith’s accomplishments (and UNC’s accomplishments as a whole, for that matter) by pulling the “cheater” card is equally ridiculous.

If you were one of the tens of thousands of people who shared the original image but were offended by the altered image, that was kind of our intent. Not to make you mad, but to express to you our opinion of your reaction to the “Saint Dean” rendering. It’s not a UNC thing, or an NC State thing. Our take is that you’re completely silly for needing Coach Smith’s angelic reassurance that it’s okay to hang a third banner for Roy Williams. Similarly, if you rolled your eyes at the original because of the over-the-top, make-me-gag sentiment but saw our version and thought “HELL YEAH, 30 YEARS OF CHEATING”, consider this our eye roll back at you for behaving in the exact same manner.

Ultimately, we appreciate the extreme views of fans in our state. We may not agree with them, but we appreciate them. Hidden within the tweet above is a small reminder that we’re all the same, whether you liked the left side and hated the right, or vise versa. It’s all a matter of perspective. Maybe the point was too hidden, because here we are explaining it in an editorial anyway. We’ll get more used to each other over time. For now, thanks for reading, watching, and listening along.