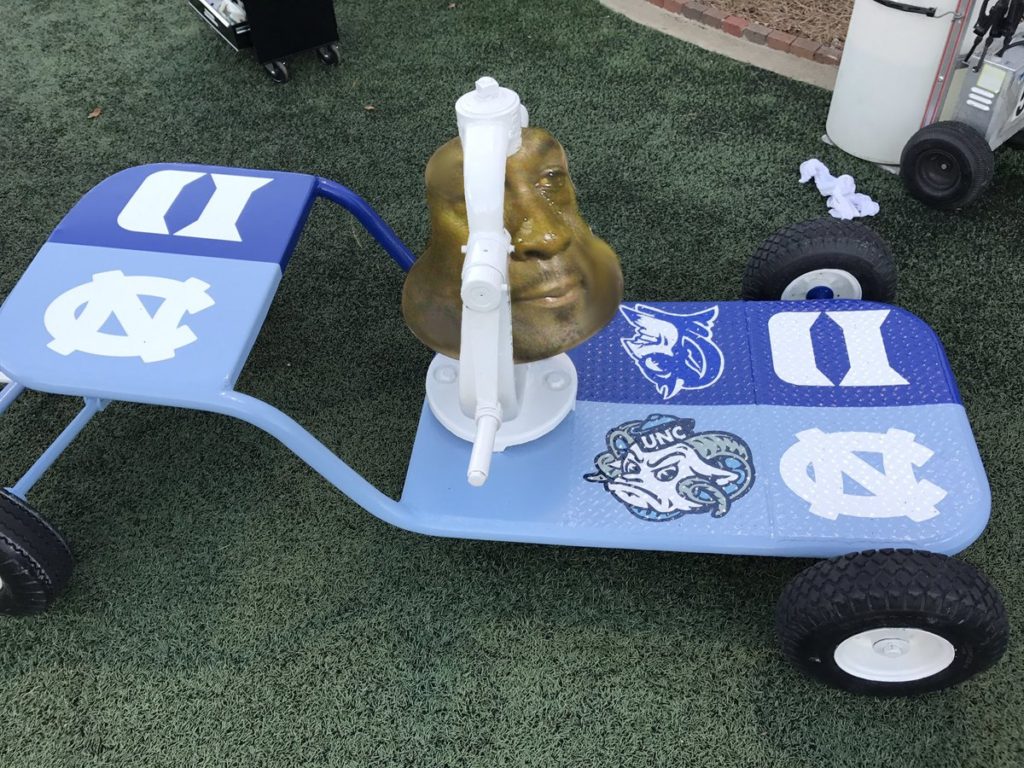 Before the game, the schools jointly revealed the freshly repainted Liberty Bell with its half and half scheme:

Duke’s offense and defense in the first quarter:

UNC goes up 14-0 in the first quarter and starts to make this look like a rout, UNC fans are all:

Daniel Jones scores on a keeper to pull Duke within 7, and Duke fans react accordingly:

Duke forces a 3-and-out and a Shaun Wilson run ties it, leaving UNC fans all:

The teams trade touchdowns to go into halftime tied at 21. Duke be like:

And Heels fans are:

Duke forces a Trubisky interception on the first drive of the second half, leaving Heels fans like:

Duke punts on their possession and UNC tacks on a field goal to go up 24-21. UNC be like:

The Blue Devils respond to that field goal by going up 28-24 on a Daniel Jones pass late in the third quarter. Duke fans all:

And UNC fans are all:

UNC responds with a field goal to pull within 1:

The teams trade possessions and then Duke burns almost 7 minutes on a drive, punting back to UNC from the UNC 34 with less than 2 minutes to go. Duke fans are all:

Trubisky throws his second interception, effectively ending the game. UNC fans are all:

Duke wins 28-27. Just another battle of the blues: