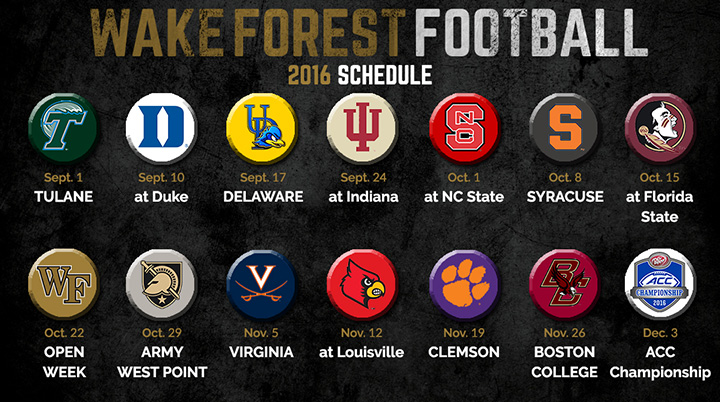 Wake may be bad but Tulane is badder.

Battle of the Privates. Typically, I would side with the school that sells alcohol, but since this is an away game…

I think the scrappy nature of Coach Manning’s team can keep the Deacons in th-…oh, football. Well, we’ll see who the best of the not so good teams are. My money is on Wake.

Game in Raleigh. Y’all know how those go. Next.

Syracuse is trash. Victory is yours.

Army has won 5 or more games just twice in 20 years. If y’all lose…

Hard to say which way this one will go…Nah, no it’s not. Bronco > Dave

Will they go bowling this year? Well…