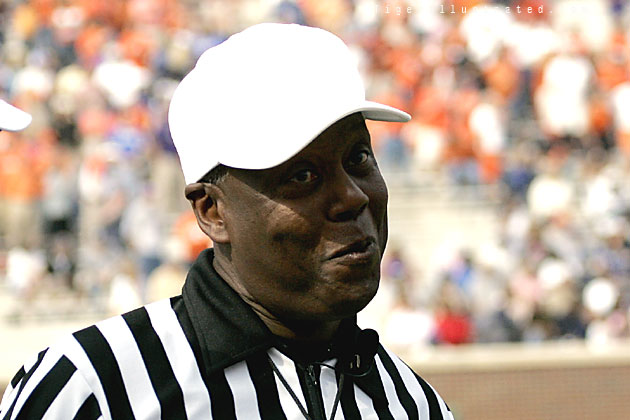 This summer the ACC announced its future plans for a partnership with ESPN that included an ACC Network beginning in 2019. Having a “(your conference name here) Network” had come to be seen as a defining trait of a healthy conference even as questions abound as to the future of cable television. Less talked about–and to this point of unknown importance–is the fact that the ACC, while waiting for word on its Network, has developed a strong digital brand both from the conference itself and through its digital ACC Network.

Through the ACCDN, the conference has developed personalities–like the professional, well-liked (West Coast-homer) Jeff Fischel and, over the years, folks like Courtney Cox and Clinton Portis–and evolved with the growth of the internet video era.

Now we know their developers have a sense of humor, too.

For a few years, the ACC has had a couple game apps available for download: the ACC QB Challenge and the ACC 3-point Challenge. 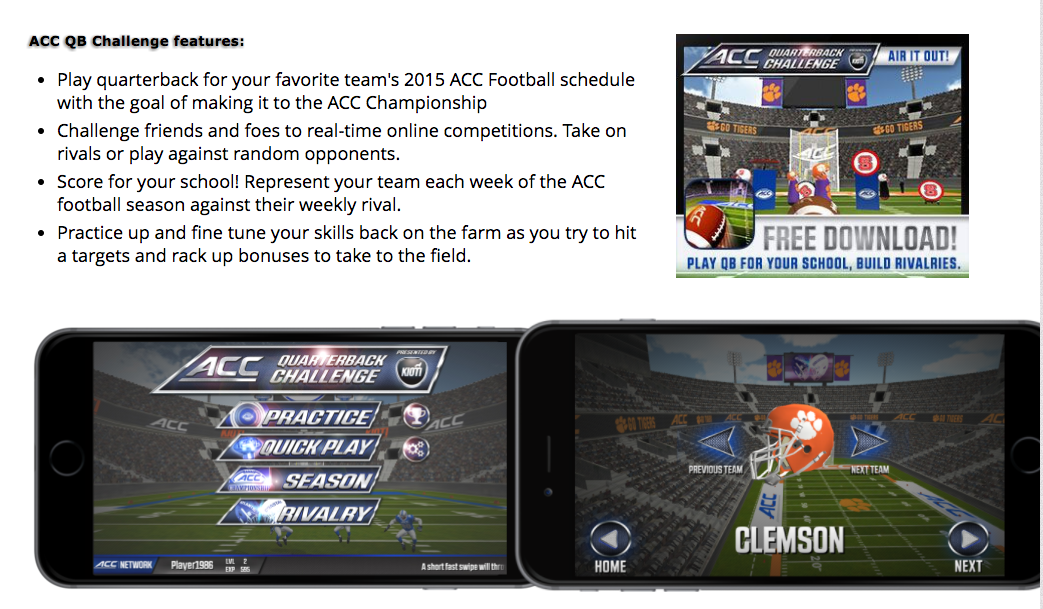 They’re simple swipe-to-throw/shoot games (think “waiting in the bathroom line” or “killing time until Wake Forest scores a touchdown”) aimed at fans of ACC schools but also with some fun/funky settings you can play in (think “handing the phone to your kid so he won’t ask when you’ll be out of game traffic”).

But playing the game for a high score has taken a backseat to CHUCKING THE BALL AT THE REF BECAUSE IT’S RON CHERRY. AND GUESS WHAT HE SAYS WHEN YOU HIT HIM?????

Well done, ACC, very well done. The app is more than worth the download just for the on demand Ron Cherry. You do lose points in gameplay for this transgression, though, so factor that into your decision to heave at The Cherry. For their next wrinkle I’m hoping they add Rusty LaRue mode, where you have to put up 50 attempts as quickly as possible.

Maybe next time you want scream at Cherry’s crew through your TV (probably for a rule you don’t actually understand) you can just thump the app. And if you needed a Ron Cherry business history lesson: