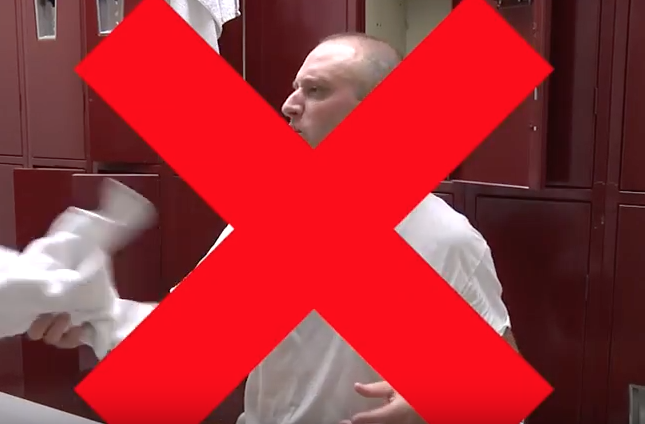 Reality star Donald Trump continues to defend his comments about forcing himself on women and the unwarranted grabbing of their vaginas as “locker room talk”. Several pro athletes have come forward to say discussion of sexual assault is NOT commonplace in their locker rooms, but of course Mr. Trump would have been in more recreational locker rooms. We thought we’d take a look at what does and does note constitute “locker room talk” as we understand it.

****Note: sensitive and slang sexual language is used. There is also discussion of women in an objectifying manner. Our hope is to illustrate that locker room talk as we perceive it, even at its most inappropriate, is still a far cry from the sexual assaults described by Mr. Trump. We’re open to a discussion about what, if any, “locker room talk” society should seem acceptable. We’re not open to accepting Mr. Trump’s definition.****