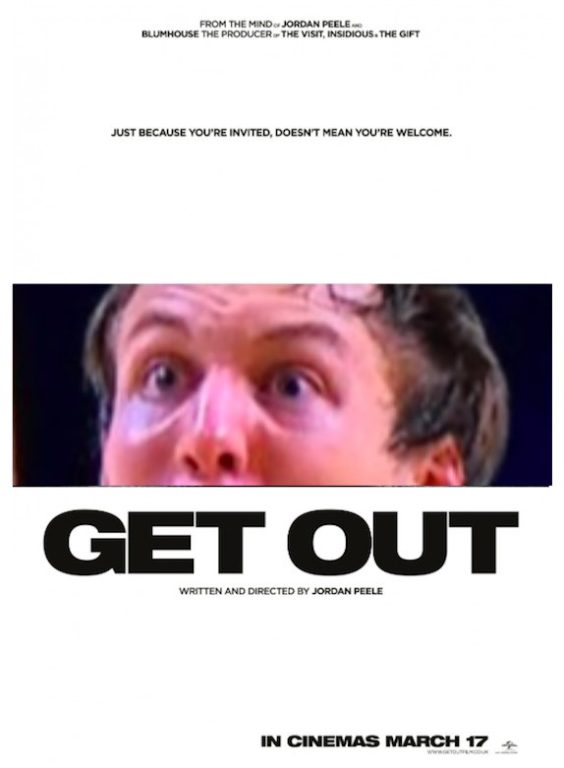 Last Thursday the NBA held their annual player selection meeting, better known as the Draft. The headlines included some guy from the PAC 12 going 1st overall and Jimmy Butler going from a cold city to an even colder city.

Locally, the headlines included the Hornets getting perhaps the steal of the draft by selecting Malik Monk with the 11th overall pick (get the hottest Uptown Monk shirts here) and the ACC having a record 10 players selected in the 1st round.

What do you get after any draft? An onslaught of columns grading the draft and declaring Winners and Losers, most of which can be ignored, save of course for the SportsChannel8 grades which can be found at SportsChannel8.com because let’s be honest, if your draft grades didn’t include the discovery of Dennis Smith Jr’s slingin’ wood tweet, then you’re just wasting everyone’s time.

Rather than re-hash those winners and losers, I wanted to focus today on one product of a local school who had a particularly rough weekend, former Duke guard and 2017 ACC Tournament MVP Luke Kennard.

Let me begin by saying we at SportsChannel 8 are HUGE Luke Kennard fans. He was one of the most entertaining players to watch in college hoops last season, showing not only the ability to get buckets from all over the floor, but proving that you CAN be a white guy who plays for Duke and not have it wished upon you to rot in hell for all eternity. 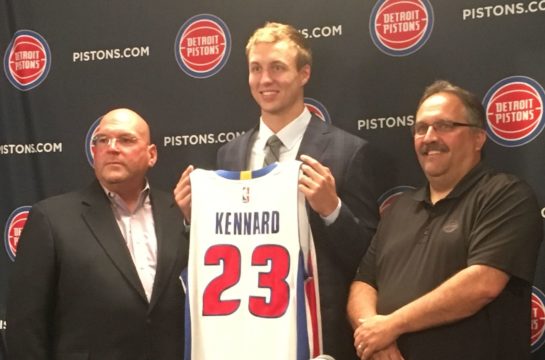 Speaking of rotting in hell for all eternity, Kennard was selected by Detroit with the 12th overall pick. As a team, the Pistons have finished only one season over .500 since 2008. As a city, Detroit routinely finishes atop the list of worst cities to live in America. Had the Hornets not taken Monk, it’s possible that a versatile scorer like Kennard would have been their target. Instead, he heads to Michigan, where the most popular sports figure in the state is Jim Harbaugh.

But that’s not the main reason why we have concerns about young Luke’s future prospects. No, the real signs of trouble started when it was revealed at the draft and through Instagram that Kennard is dating reality star Savannah Faith Chrisley. Like me, you probably have a lot of questions like, is “Savannah Faith Chrisley” her real name or reality name and “Is she wearing a 4th of July bunting as a top?” 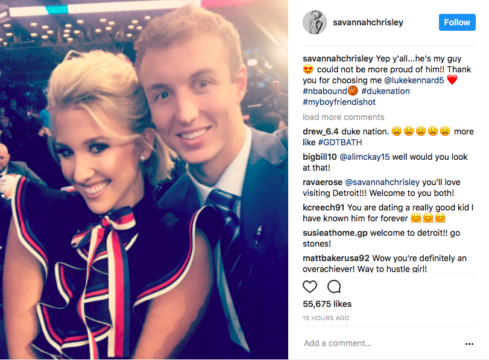 But more importantly, let’s take a closer look at the language used in the caption. Instead of a simple “Congrats to Luke on being drafted! #myboo #butwhyDetroit” Chrisley captioned her pic:

Let’s check the advanced analytics on that…..that’s 2 my’s, 1 me, and 1 “my boyfriend” in a post congratulating a guy on getting drafted. Let’s call that red flag #1. Not to mention, #myboyfriendishot could easily be misinterpreted as “My Boyfriend I Shot.” Make of that what you will.

Red Flag Number 2 came a few days later when it was revealed that Chrisley had purchased a billboard in Times Square which she used to bestow birthday wishes upon her beau. Again, quoting from the caption: “I am missing my breakfast date this morning but I know there are a lifetime of those to come”

And, caption aside, The Times Square birthday billboard is a huge red flag in and of itself. For one, I really 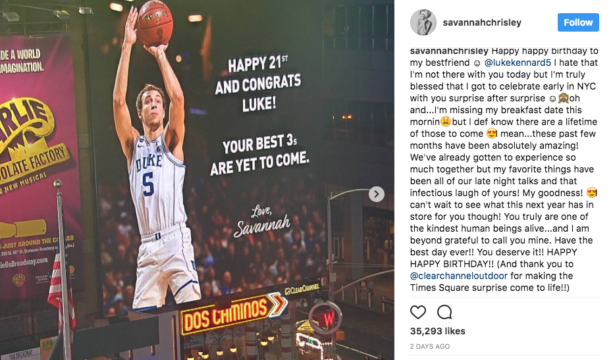 hope you knew what level this relationship was at, Luke. Whereas most of us try to pick up on clues like, “how often is she texting me” or “does she want to hold my hand in public” you’ve jumped straight to “did she put a gigantic picture of me on the side of a building while I’m trying to act like a humble rookie NBA player” and I have to think that means your relationship is fairly serious. Also, it’s a good thing you’re making about $2 million dollars a year over the next three years (a fact that, by the way, Savannah definitely knows because it’s dictated by the NBA’s rookie wage scale more or less) because if you’re still unwise enough to be dating her when HER next birthday rolls around? Whoooo boy, you better be ready to come correct. I don’t know what Chrisley’s thing is–boats, jewelry, cars–but I do know you can’t return volley for a Times Square mega-pic with a sweet mix tape. Maybe you can get her tickets to UNC at Duke.

But the biggest red flag of all might just be Savannah Chrisley’s Dad. Todd Chrisley, real estate agent, patriarch of the series “Chrisley Knows Best” and guy who definitely isn’t gay which you know because of the time he went on Hollywood Today to deny rampant rumors about being gay, is Savannah’s father. The reality show about the family’s life airs on the USA Network, which I haven’t watched since they stopped airing Wings re-runs and the first two rounds of the Masters.

This guy is a piece of work, who–when finding out that Savannah was hanging out with Chandler Parsons (wait, Luke is her SECOND NBA man? Do we have any more red flags to distribute?) dropped the bit of wisdom that “NBA players are ho hounds.” among some other colorful things that make him a hit on the entertainment/hollywood talk tv shows.

Basically, Luke, we have no advice for you on becoming a successful NBA player–you seem to enjoy playing the game, work hard, and are a joy to watch. We do have a bit of advice, however, when it comes to dating reality TV stars: Get Out.